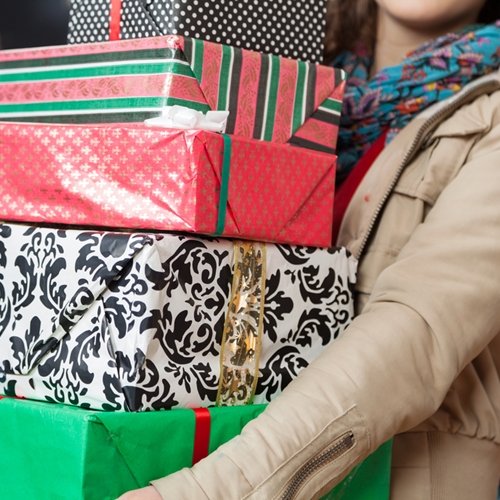 Most Christmas presents made it under the tree this year, thanks to increased shipping efforts.

According to The Wall Street Journal, an impressive 98 percent of packages were delivered on time for Christmas celebrations.

Last year, FedEx reported an on-time delivery rate of about 90 percent, while UPS's success rate was only 83 percent. Both companies spent millions of dollars planning for this year's holiday season, and it definitely paid off. This winter, retailers spread out sales more evenly, preventing the last-minute surge that contributed to last year's shipping  bottleneck. Businesses were forced to adhere to caps on last-minute shipping promises, which were a large part of the 2013 Christmas delays. Fairly good weather across the country this year also aided in the on-time deliveries.

Unusually high shipping volumes did require FedEx employees to complete deliveries on Christmas Day, which is not a planned shipping day. The company reported that this had nothing to do with unexpected delays, however, but rather with an increased amount of business. UPS employees did not have to work the holiday.

The fact that 98 percent of packages made it by Christmas Day is even more impressive given the volume increase that shipping companies had to cope with this season. UPS predicted that it would process 585 million parcels in December, representing an 11 percent year-over-year increase. FedEx also announced an increase, forecasting that it would deliver 290 million packages from Thanksgiving through Christmas, which is a 9 percent increase from the same period last year.

If your business has shipping needs, consider hiring a third-party logistics company to take care of them for you. Reliable Runners has years of professional shipping experience, and can help make your supply chain infinitely more efficient and productive.