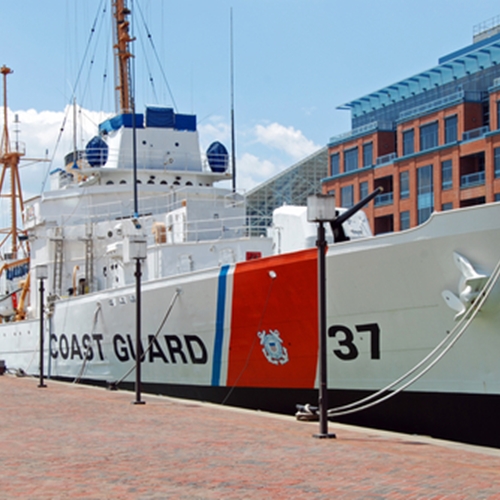 The U.S. and Canadian Coast Guards are working to clear commercial shipping channels in the Great Lakes.

Last winter, ice breaking operations began in December and lasted for 128 days. That season saw some of the worst ice conditions ever, which significantly slowed commercial shipping operations and affected local industries. According to UpNorthLive, a local ABC affiliate, 92.5 percent of the Great Lakes was covered by ice at one point in March 2014, which is the highest percentage of ice coverage seen on the Lakes since 1979.

As a consequence of 2014's harsh weather and resulting delayed shipments, the Lake Carriers' Association has asked for a reassessment of the Coast Guards' ice-breaking operations and strategies, although the Association also stressed its appreciation for the countries' joint efforts in keeping the waters clear.

The Association has estimated that last year's troubled season cost them about $705 million and 3,800 jobs through shipping delays, and is hoping this year will prove less problematic.

If your company requires shipping and delivery services, consider hiring a third-party contractor to handle your supply chain for you. Call Reliable Runners and we'll take care of all your shipping needs in the most efficient manner possible.