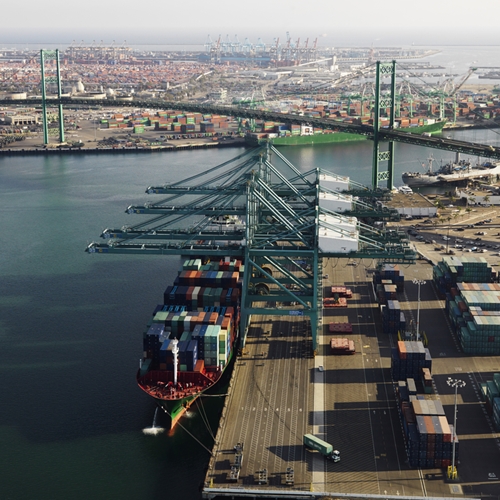 Ports were shut down in preparation for a recent winter storm.

The much-publicized Winter Storm Juno recently brought massive amounts of snow and cold weather with it to the eastern United States, and as a result some businesses found normal shipping procedures delayed. While roads were impassable in some areas, the storm also affected standard shipping patterns, which means that important deliveries could have been set back.

According to Multichannel Merchant, the major mail services in the U.S., including the U.S. Postal Service, had to alter regular operations because of the weather. UPS canceled service in several of the affected states, including Massachusetts, Connecticut and Vermont.

The Port of New York and New Jersey was shut down during this time, and vessels advised not to move as the winter storm prepared to descend. After conditions subsided later that week, most of the terminals were re-opened. A statement from the Port Authority recently featured in Container Management said that the Marine Terminals were set to be operational on Wednesday, at 8 a.m.

Even though this storm is still fresh on residents' minds, there could be another one on the way soon: Winter Storm Kari, which is expected to bring far less snow than Juno when it arrives in the northeast on the last weekend in January. According to the Weather Channel, this new weather pattern could still bring wind gusts as high as 40 mph, stirring up the snow already left on the ground from Juno.

All of this highlights the importance of using a dependable transportation system for cargo goods, especially when the weather is acting erratically. Entrusting the shipping process to experienced professionals guarantees that any obstacles will be anticipated and addressed so they don't lead to major losses for the business. This can include knowing which routes will not be accessible during a storm because of closures and reacting appropriately.

Reliable Runners is much more than Northeast Ohio's premier expedited delivery service provider. From our new corporate headquarters just outside Cleveland, our goal is to provide a total logistics solution for every one of our more than 1,500 clients, regardless of size or need, from envelopes to truckloads.

We work with clients across the United States, providing them with 24/7/365 service, while meeting the highest standards they have come to expect. The services we provide to entrepreneurs and e-businesses are just as effective as those that our Fortune 500 clients expect, so we're able to help all of our clients achieve a competitive advantage by driving down their inventory expenses, reducing their transportation costs and improving customer service.