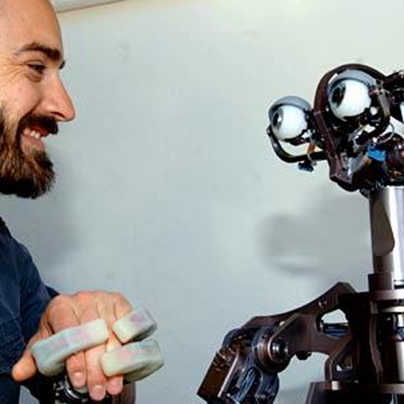 Researchers at MIT develop an algorithm that will allow a drone to self-monitor its health status during flight.

MIT has announced new research that suggests drone delivery might not be such a far-fetched idea after all. Researchers have created an algorithm that will allow drones to self-monitor the status of their machinery, potentially circumventing system failures and preventing operational losses.

MIT released a statement, reported by BostInno, saying, "A drone can predict its fuel level and the condition of its propellers, cameras, and other sensors throughout a mission, and take proactive measures — for example, rerouting to a charging station — if needed." Scientists are also working on computation that will allow robots to map out potential drone flight paths before the drone takes off on a journey.

Ali-akbar Agha-mohammadi, a postdoc in MIT's Department of Aeronautics and Astronautics, is at the forefront of these innovations, and notes that the technology is very exciting, and could look very positive for those invested in drone-delivery systems. However, Agha-mohammadi also knows that getting the specifics right is crucial, noting, "Not only the drone, but the package might be important, and if you fail, it could be a big loss." In the delivery and logistics business, accuracy is just as important as speed of delivery and much more important than novelty. Although these developments signify exciting steps in the business, it will most likely take some time before the process is made available to consumers.

Drone delivery is also somewhat controversial, having recently been banned in all national parks. This is because they could potentially scare the wildlife and damage natural surroundings, such as when a drone landed in a hot spring in Yellowstone National Park. For these reasons, anyone operating a drone in a national park will face up to $5,000 fines in addition to a misdemeanor charge.